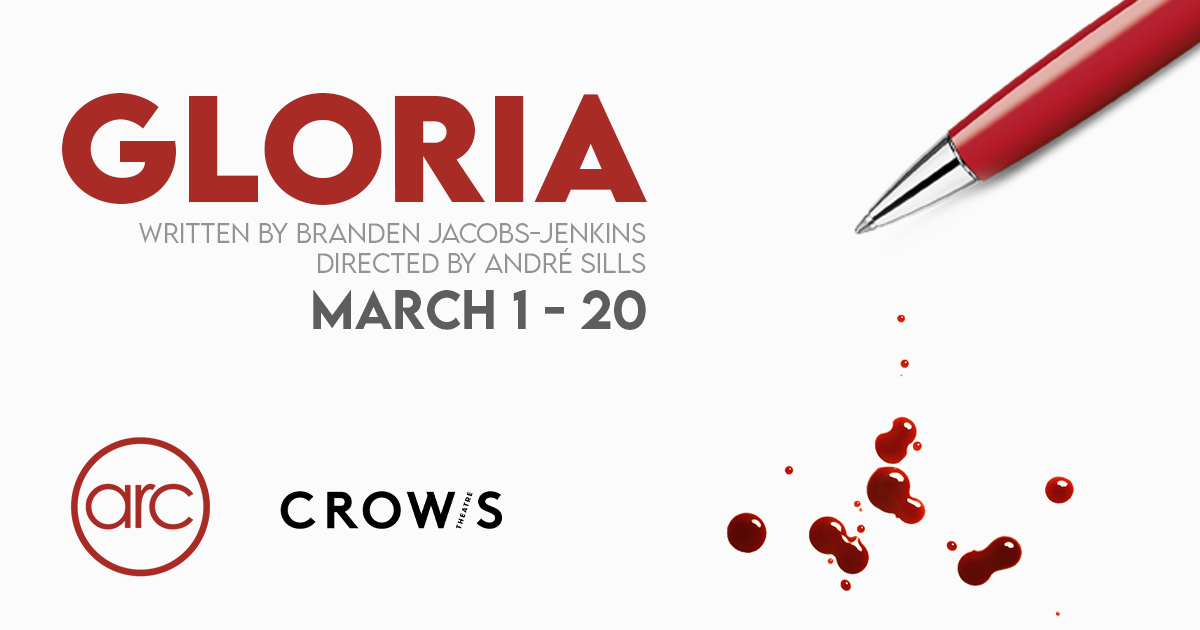 An ambitious group of editorial assistants at a notorious Manhattan magazine vie for a starry life of feature articles and book deals, all while the internet is completely upending their industry. When an ordinary humdrum workday becomes anything but, these aspiring journalists recognize an opportunity to seize a career-defining moment. A Canadian premiere, GLORIA tells a story of the lingering effects of trauma in a time when what sells is more important than the truth

Playwright Branden Jacobs-Jenkins’s many honours include Obie Awards for Best New American Play for Appropriate and An Octoroon, Pulitzer Prize Finalist in Drama for GLORIA in 2016, a MacArthur Fellowship, the Paula Vogel Award, a Fulbright Arts Grant, and the inaugural Tennessee Williams Award. Director and ARC Resident Artist André Sills has appeared at Crow’s Theatre in Julius Caesar, at Stratford Festival in the title role in Robert LePage’s Coriolanus, and at Shaw Festival as the lead in An Octoroon, directed by Peter Hinton.

GLORIA is an ARC Production, in association with Crow’s Theatre, running from March 1-20, 2022 in the Guloien Theatre at Crow’s Theatre’s Streetcar Crownest, 345 Carlaw Avenue in Toronto.

Whip-smart satire of fear and loathing in a beleaguered industry under siege. – The New York Times