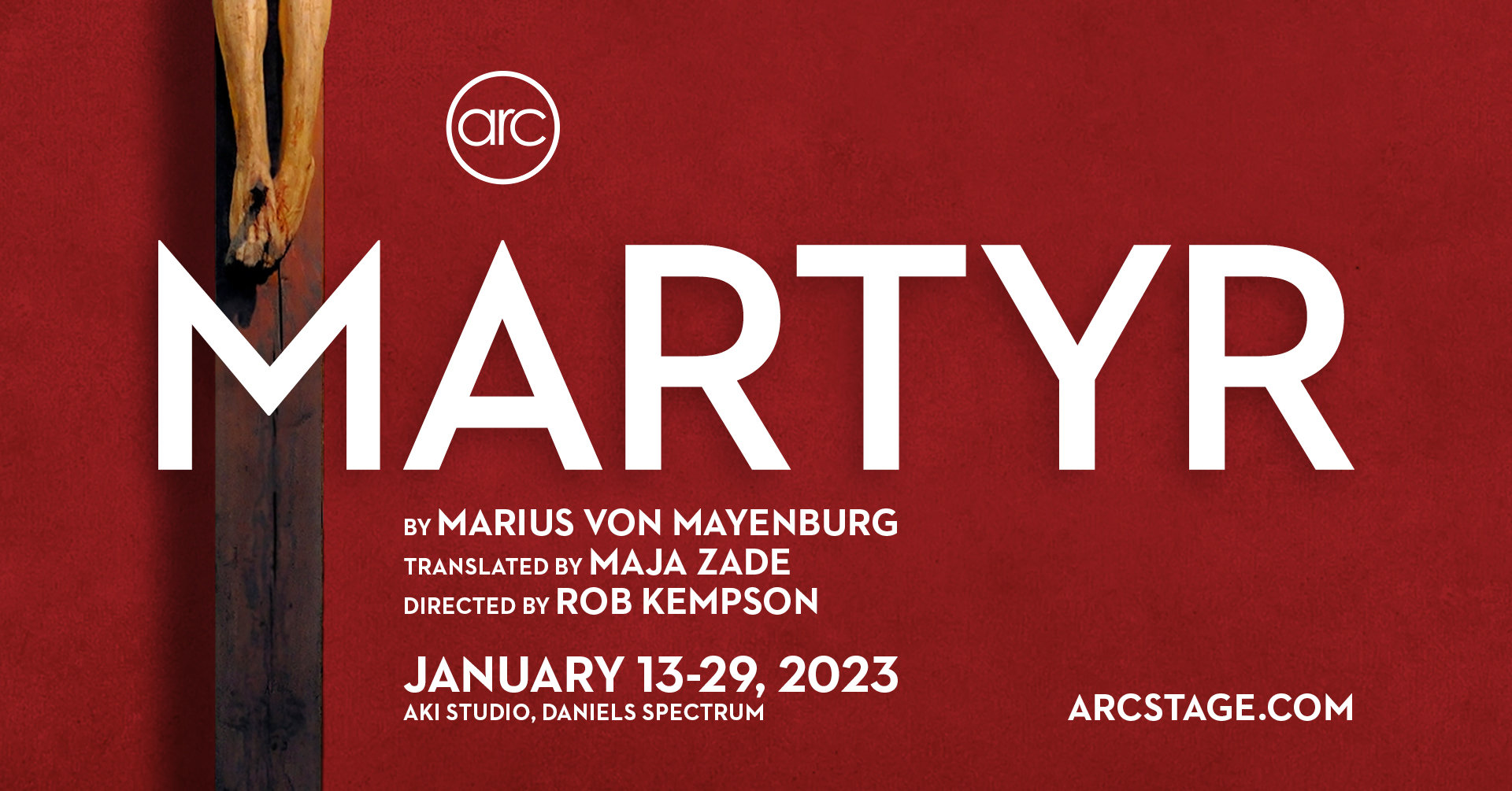 Benjamin won’t swim at school. His mum thinks he’s on drugs or has body issues. But Benjamin has found God, and mixed-gender swimming lessons offend him. But that’s not where his newfound fervour ends. His conflicts only grow as his devotion deepens, causing issues at school, and at home with his family. The Canadian premiere, MARTYR asks questions about the limits of faith in a secular society.

MARTYR first premiered at the Schaubühne in Berlin in 2012 and was then produced in Russia and France. The English translation premiered at the Unicorn (2015), the UK’s leading theatre for young audiences, despite the fact that the play featured both nudity and significant bloodshed. It was produced in Chicago at Steep Theatre Company for the U.S. Premiere in 2015. This provocative play by one of Germany’s most prominent playwrights, Marius von Mayenburg (translated by Maja Zade), questions the nature of community, and weighs the human systems of family and education against the pull and promise of faith.

MARTYR is an ARC Production, directed by Co-Artistic Producer Rob Kempson, running from from January 13 to 29, 2023 in the Aki Studio Theatre at Daniels Spectrum, 585 Dundas St E  in Toronto.

A vivid portrait of puberty and zealotry. – The Guardian